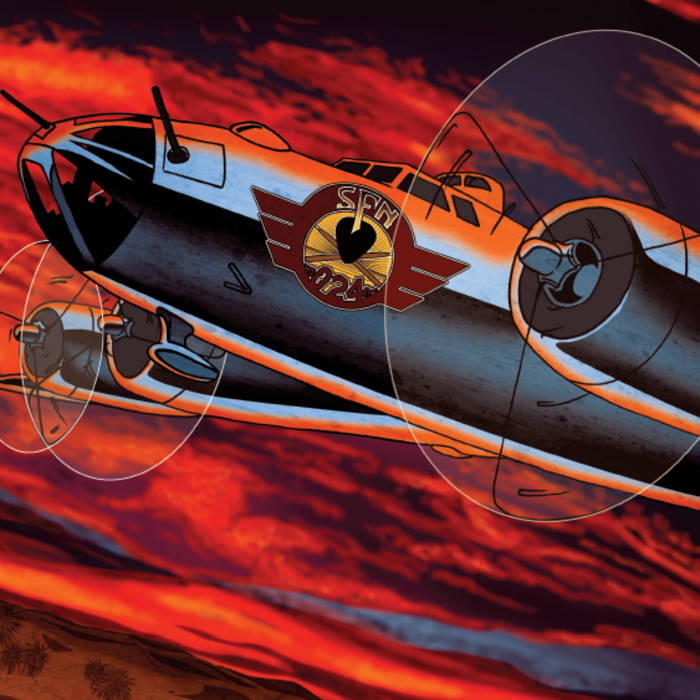 Startdate 03-2008, STONERFRONT NIJMEGEN found itself in ever changing line-ups. And though many things were uncertain, one thing was not, the aural path which to follow. That being stoner, with flagship outfits the likes of Kyuss and Monster Magnet (the old stuff!) as guiding lights. The recording of three tracks ('Supercar', 'World of Geeks' and '299.80') and a performance at Nijmegen’s Zomerfeesten made Remco Verweij (Starfish, Barbarella) and Peter Dragt (Bambix, Emperors) deceide it was time to put things in gear and unleash the FRONT as an instrumental powertrio. Come summer 2010 a bassplayer was found in John Munnich and building a band and bond could commence. Soulfull monolithic riffs, kick ass drumparts and tight bottom-end sprinkeled with tasty samples should be sufficient to take listeners on a testosterone trip. Their debut EP '3-Days-Desert', recorded, mixed & mastered by Pieter Kloos at The Void Studio was released januari 2013. And whilst beeing distributed by Fuzzmatazz records was welcomed with positive reviews. To quote Pidah Kloozzz… 'Already legendary!!'. Make no bones about it! Stoner first, originality second... Fits the bill.

- From our basement:
youtu.be/MVJIhY72KIM ... more

Bandcamp Daily  your guide to the world of Bandcamp

Featuring Oakland sounds from the Smart Bomb collective and Samplelov.